Teaching T-Ball Today
Playing Baseball and Softball for Life!
T-Ball America is the national youth sports organization dedicated to the development of the game of t-ball. T-Ball America wants to make the game of t-ball fun for the participants as well as instill an interest in both baseball and softball so kids will continue to come back to play every year. Providing the resources to put kids in a position to succeed, T-Ball America offers a variety of programs and services. It is the center for information on how to improve existing t-ball programs and establish new ones. T-Ball America is happy to work with national, regional and local youth baseball leagues, civic or community groups, parents and kids.
* T-Ball America is a Youth Sports Club company.

In this valuable 21 minute Podcast Marty Schupak
re-explores cross sports drills. He also gives some creative drills followed by some stunning facts about pitching from known orthopedic surgeon Dr. James Andrews. Not only tee ball coaches but all baseball coaches and parents will find this Podcast very valuable. 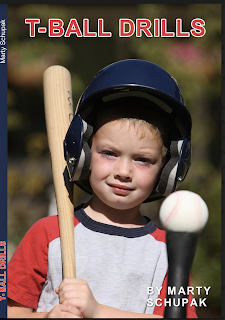 They are also available through you local library's Hoopla and Kanopy program. Keyword:


Posted by Marty Schupak at 1:09 PM No comments:

YOUTH BASEBALL AND LESSONS OF LIFE

Five years ago I was coaching my Little League team in a game that we were winning. I yelled out some encouragement during an inning when the other team was rallying. My catcher called “time out” and went to the mound to talk to the pitcher. Before I knew it,  the whole infield was on the pitcher’s mound. I observed all six of my players conversing and nodding their heads. This went far longer than you would expect, especially considering the ages of the kids. I was amazed at how well they were communicating  with each other.  I remember thinking to myself that this is what youth sports is all about; watching the kids grow right in front of
our eyes. I decided to write down what I think are some important life lessons kids can learn from baseball. This will vary for every coach or team.

1. Communication
One of my biggest problems with the world today
is the lack of communication, or just not knowing
how to communicate with each other. A famous actor
once said that 90% of life is just showing up. The older
I get this problem has become more prevalent every year.
I’d add to it that 90% of life is just showing up
and communicating with others. How many times have
we seen people not communicating properly?
It can be a real estate or any business transaction. It can
also be between two countries.Most times the lack of
communication will bring negative results. On the baseball
field, good communication will bring good results, and
coaches and parents should not be concerned about how
young their players are when teaching how to
communicate properly on the baseball field. Whether
it is an infield fly or acknowledging a bunt sign from
a coach, proper communication on the baseball field
will carry on to every day living.

2. Following Rules
Our society is full of rules and laws. Sometimes I
think there are too many, but this is the world in
which we live. I have also observed that we have
somehow gotten away from structure. We can be
flexible in the way we do certain things, but I have
found in s ports the best results happen when rules are
put in place and players are conditioned to follow
them and play and practice in a structured manner. In
pro sports, you’ll find the best athletes like
organization, leadership, and rules. Coaches can
impose rules in a diplomatic, yet stern way. Rules of
the game also have to be respected and followed,
which will lead to a sound foundation when youth
athletes venture out into the real world.

3. Dealing With Pressure
I have seen many parents who don’t want their
kids to be exposed to any degree of pressure
whatsoever. They will purposely make any excuse so
their kids can bypass the most pressured situations. I
think this is a mistake. For example, most youth
baseball leagues do not have parity and most coaches
and parents will always try to get the advantage when
picking teams. They think it is better to go 20-0 by
loading their team with the best players in the draft,
winning each game 10-0, and winning the league
championship. Is this making their kids better b
all players and preparing them for adult life? Wouldn’t it
serve young people better if they are asked to
perform, sometimes under some pressure and a little
duress? Wouldn’t leagues be better if teams played in
their share of one and two run games and extra
innings? When they are adults, won’t they have to
perform under pressure, whether it is a presentation to
their superiors or maybe emergency surgery? As a
parent and coach, I never wanted my kids to always
take the easy road.

4. Overcoming Mistakes
Everyday most human beings are bound to make a
mistake. People in the medical profession can very
rarely afford to make mistakes. In sports, mistakes are
always happening: A bad pitch, a holding call on a 3
rd and 1 play, a missed foul shot. If you follow sports
you are bound to recognize that one of the things that
separates the best athletes is that they are able to
bounce back from mistakes. Part of our job as youth
baseball coaches is to instill upon our kids that if they
make a mistake to forget about it and go on to the next
pitch. The worst thing an athlete can do is carry one bad at
-bat to the next. Imagine the best trial lawyer in the world
losing a case and quitting law. Great lawyers will evaluate
where and what they did wrong and overcome these
challenges the next time.Youth baseball players should do
the same thing. A player who strikes out his first three times
at bat may be in a position to win the game with a hit in the
last inning. Sports teaches this to kids and we have to
reaffirm this over and over again. You can overcome
your mistakes.

5. Respect For People
In major league baseball there are brush back
pitches, hard slides, and other rough parts of the
game. For the most part though, players still respect
the game. We have to convey to young baseball
players to respect the game also. This includes
teammates, parents, umpires, etc. We have all seen
the 12th best player get up in a situation where the
team needs a hit. It is our job to get his teammates
behind him and cheer him on. And isn’t it the most
satisfying thing when a player of lesser talent gets an
important hit or makes a play in the field? Once we
teach players to respect the game of baseball they will
also carry this over to respect not just themselves, but
to respect others in society.

Baseball teaches many things and we have to keep
everything in perspective. We also need to challenge
these young players in different parts of the game so
that they will become better citizens in the world.

They are also available through you local library's Hoopla and Kanopy program. Keyword:


Posted by Marty Schupak at 1:23 PM No comments:

In this must listen to Podcast Marty goes through the positives and negatives for parents in starting too early. In addition 3 coach quick tips are given at the end of the Podcast. Coaches, parents and league commissioners should listen to this episode.
Click:

Posted by Marty Schupak at 8:16 AM No comments: 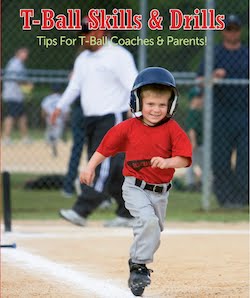 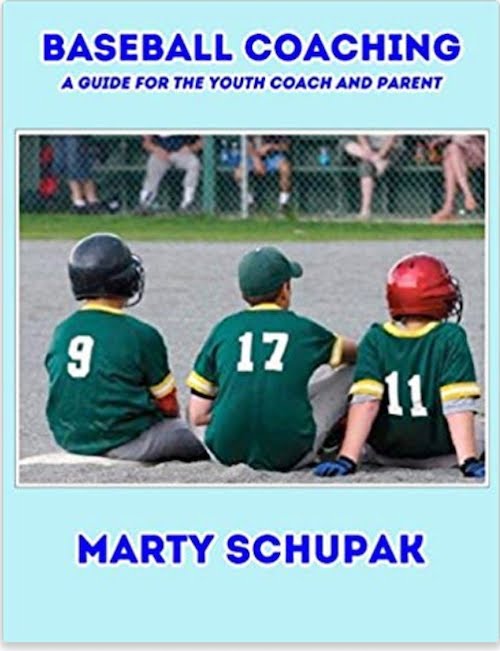 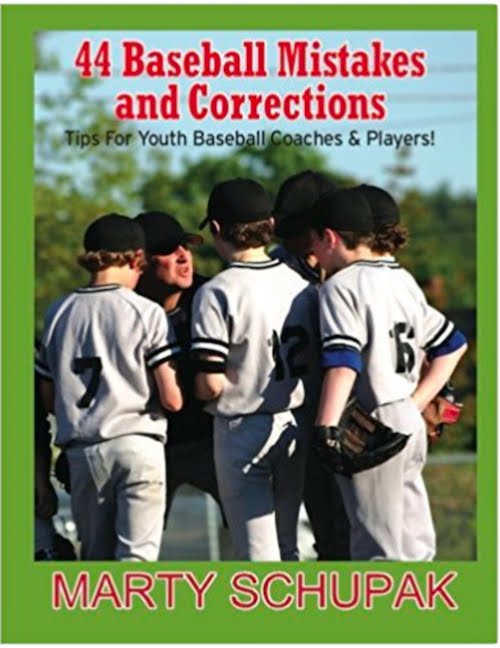 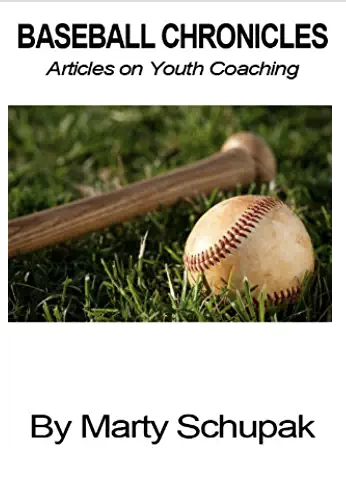 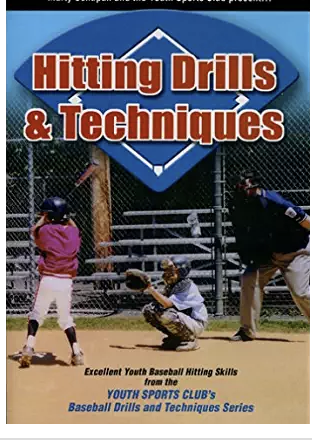 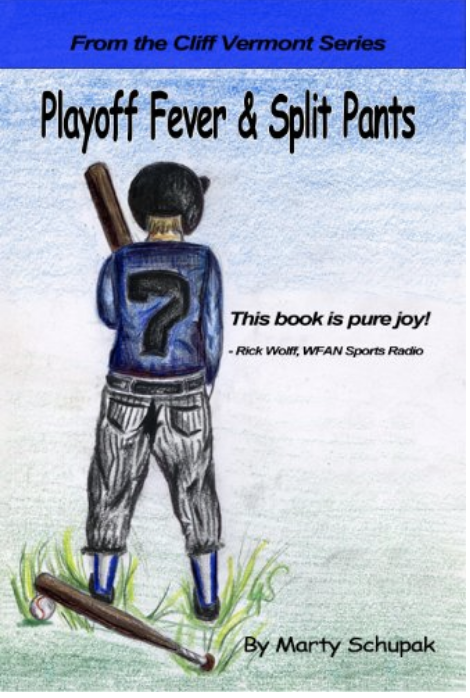